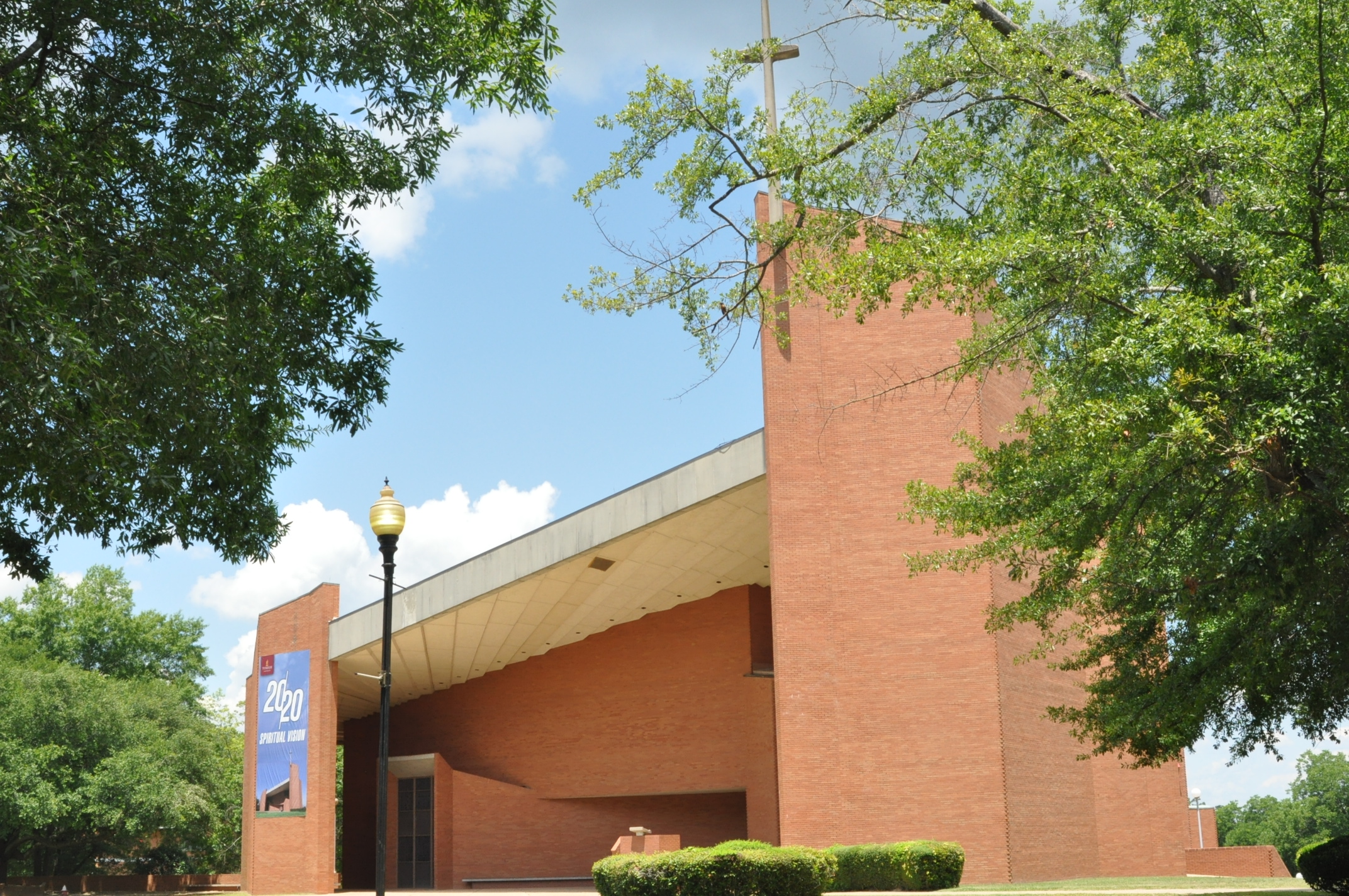 History of the Chapel 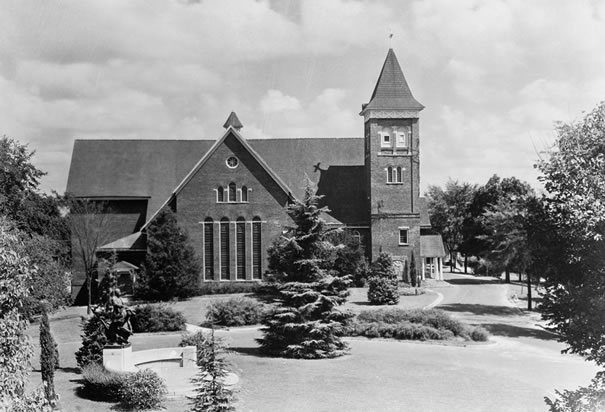 The original chapel was built between 1896 and 1898, through the generosity of the Phelps Stokes family. It was designed by Robert R. Taylor, director of Tuskegee Institute's Department of Mechanical Industries and the first African-American graduate of the Massachusetts Institute of Technology.

The Chapel was constructed almost entirely of student labor, using 1,200,000 bricks made in the Institute brickyard of Alabama clay. Upon completion, it was the first building in Macon County, Alabama to contain interior electrical lights, which were installed by the instructor and students of the Institute's electrical division.

A writer for the New York Sun referred to the Tuskegee Chapel as "A Cathedral in the Black Belt."  Indeed it was an imposing structure. However, on the night of January 23, 1957, the historic chapel was destroyed by fire.

The present chapel, with its awe-inspiring sanctuary, was constructed between 1967 and 1969, on the same location as the first edifice. It represents a gift to the University of thousands of grateful alumni. The architects were Paul Rudolph of New York and the African-American firm of John A. Welch and Louis Fry (both Welch and Fry were former Tuskegee Institute Faculty members). 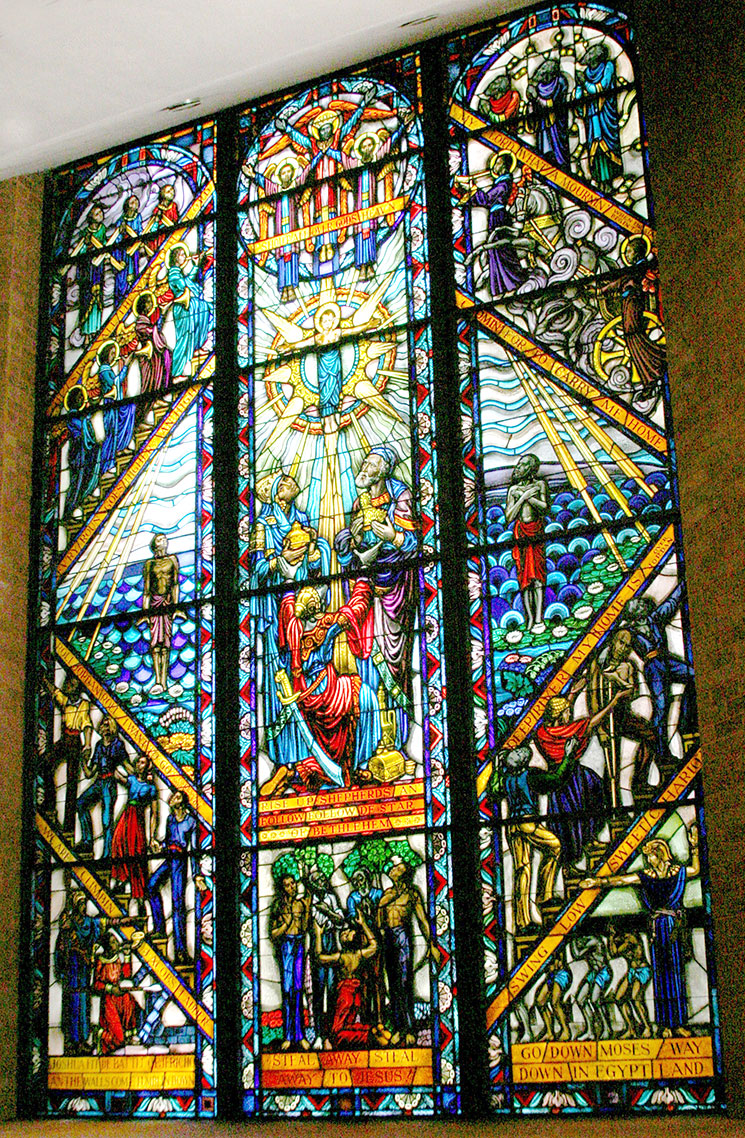 The present chapel is studied by students of architecture throughout the United States because of its unique and distinguish design, having no right angles. The "Singing Windows" from the original chapel were reproduced and installed in the current chapel. It has been described as "one of the remarkable structures designed for any college in the United States and abroad."

The Chapel has long served as the center of campus for religious, cultural and intellectual gatherings. Guest speakers for both the original as well as the present chapel have ranged from U.S. Presidents, foreign heads of the state, and other persons of note, such as Mary McLeod Bethune and Martin Luther King , Jr. Currently, the Chapel serves as the home of the famed Tuskegee University  "Golden Voices" Concert Choir.

In the original chapel, the stained glass windows were located in the "chancel" (the area where the choir sits). In our present facility, they are located in the narthex. These windows, now known as the "Singing Windows," designed by J & R Lamb of New York and installed in the 1932 chapel renovation, portrayed eleven beloved Negro spirituals.

The mural is located on the lower level of the Chapel, it was designed by Edward Lyons Pryce.  Mr. Pryce was an accompshed Tuskegee Institute artist, who moved to Tuskegee to study with George Washington Carver. Edward Pryce earned his degree in agriculture in 1937. He later studied landscape architecture becoming Alabama's first licensed African American Landscape Architect.

According to Mr. Pryce, the mural expresses the powerful influence of Africa on Christianity.

THE FIRST PANEL depicts the highest form of plant life - the Tree of Life, and Adam and Eve, the highest form of animal life.
THE CENTER PANEL  depicts a Christmas card version of the flight of Mary, Joseph and the infant Jesus into Egypt.
THE THIRD PANEL shows free souls apparently happy, then come the slave ships under heavy clouds. What follows next is centuries of slavery. Finally, "emancipation" the beginning of the industrial and agricultural society. Because Tuskege Institute had been a leader in this struggle, two of its landmark building, White Hall and Tompkins Hall, are depicted.

<<-- Back to The Chapel homepage