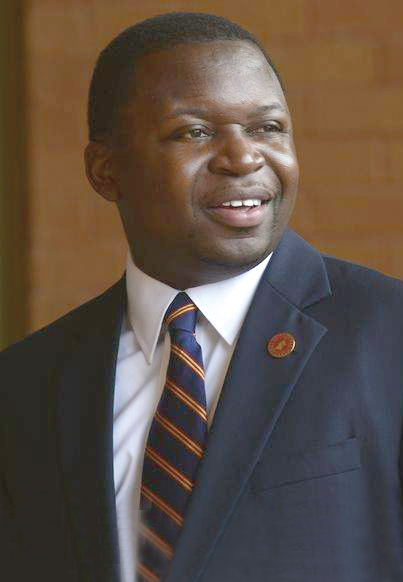 He has held administrative and academic posts in the following capacities: Vice President for Strategic Planning & Institutional Effectiveness, Assistant Provost for Academic Affairs, Associate Vice President for Academic Affairs, Chief of Staff, Director, Coordinator and Associate and Assistant Professor of English. He received a Ph.D. in 17th-19th Century American literature at The University of South Carolina at Columbia (2003), a M.A. in English from The University of Wisconsin-Madison (1998) and a B.A. in English from Johnson C. Smith University (1995).

Dr. Johnson is also the editor and author of (7) academic and scholarly books: (2) books on William Edward Burghardt Du Bois, W.E.B. Du Bois: Toward Agnosticism (2008) and Du Bois on Reform: Periodical-based Leadership for African Americans (2005); co-editor of (4) volumes on American History in the Conflicts in American History Series (2010)--Volume 3: Civil War, Volume 4: Reconstruction, Volume 7: The Long Civil Rights Movement and Volume 8: Towards the Next American Century; author of (1) institutional history of a historically black college and university—his alma mater, Johnson C. Smith University—titled, The Yancy Years: the Age of Infrastructure, Technology and Restoration (2008).

In August 1995, Dr. Johnson published an article, the (Raleigh) News and Observer titled, "A Young Man Apart, A World Apart," which describes his experiences hailing from inner-city Durham, North Carolina. This article along with his other academic writings can be found on his personal website: http://intersectionoffaithandlearning.com. Dr. Johnson is married to Shemeka Barnes Johnson, and they have two sons, Brian Asa Johnson and Nathan Morgan Qodesh Johnson. He also serves as a member of the board of trustees for The Trinity Forum and he serves on the (UNCF) United Negro College Fund Institutional Board of Directors.