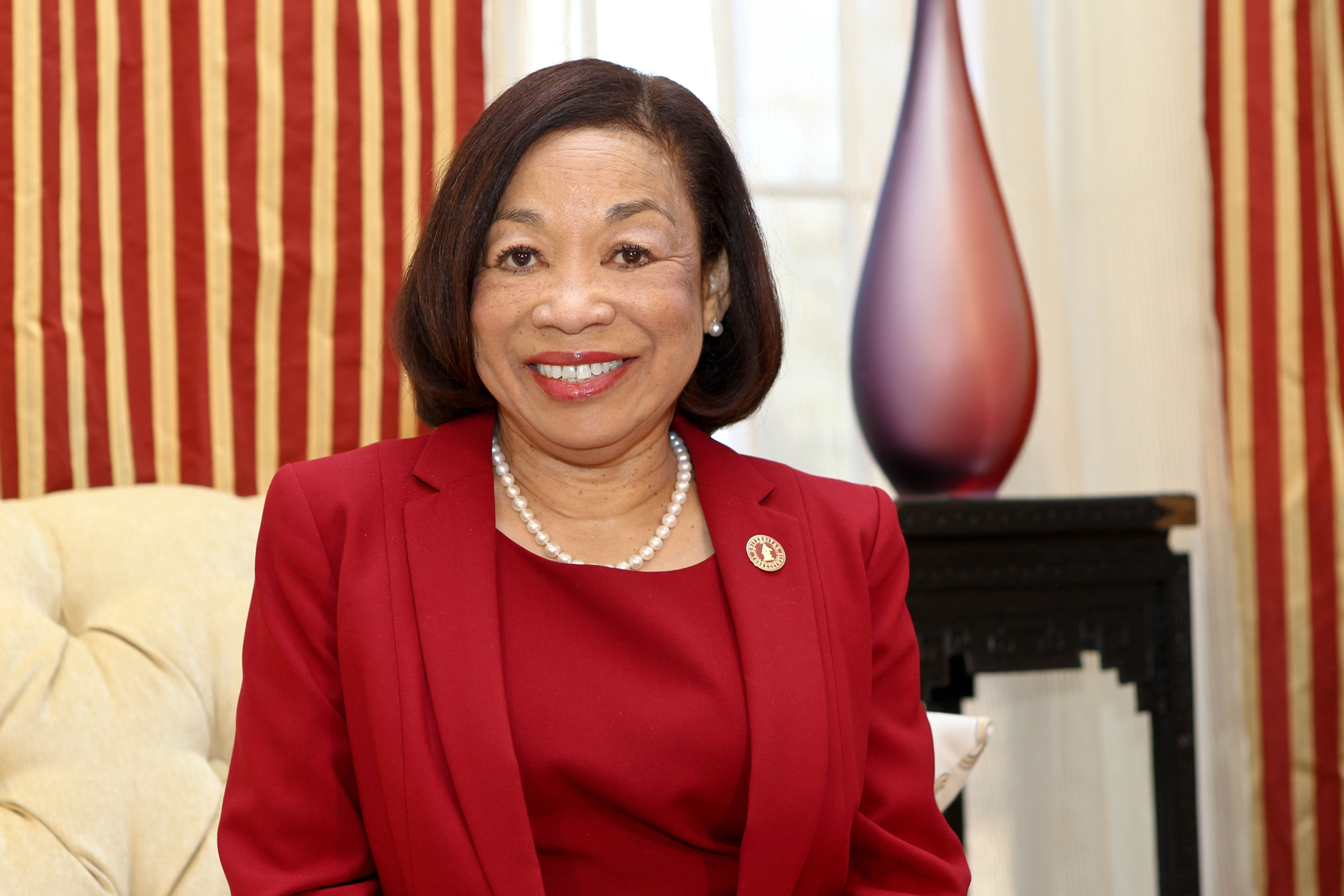 Dr. Lily D. McNair began her tenure as Tuskegee University’s eighth president on July 1, 2018. Her appointment as Tuskegee’s first female president came after a 30-year career spanning experience as a university educator, researcher and executive, and in private practice as a clinical psychologist. Her term at Tuskegee ended on June 30, 2021.

Before her tenure at Tuskegee, Dr. McNair’s academic career included a variety of teaching and administrative appointments, which culminated as provost and senior vice president for academic affairs at New York’s Wagner College.

Previously, at Spelman College, an HBCU like Tuskegee, she served as associate provost of research and divisional coordinator for science and mathematics. At The University of Georgia, where she was an associate professor of psychology and associate director of the Clinical Psychology Doctoral Training Program, she became the Department of Psychology’s first African-American woman to obtain tenure and promotion. She has also held positions at State University of New York at New Paltz and Vassar College.

Her research has focused on developing and evaluating community-based interventions targeting substance use and early sexual behavior in African-American youth. Her work has been funded by the National Institutes of Mental Health, as well as the Centers for Disease Control and Prevention. Preliminary findings of these longitudinal studies are demonstrating the significant impact of positive parenting practices on children’s outcomes across a variety of domains. Dr. McNair also co-edited the first four editions of Women: Images and Realities, an introductory and highly popular multicultural women’s studies textbook, which is now in its seventh edition.

After her appointment as president, she was named by This is Alabama and Birmingham Magazine to its 2018 class of “Women Who Shape the State” and by Diverse: Issues in Higher Education to its 2019 list of “Top 35 Women in Higher Education.” Recent Distinguished Alumni Award honors include recognition by Stony Brook University and Princeton University’s Association of Black Princeton Alumni organization. In addition, the Los Angles, California, County Board of Supervisors named Oct. 22, 2019, as “Dr. Lily D. McNair and Tuskegee University Day” throughout the county.

Dr. McNair grew up in a small town outside Fort Dix and McGuire Air Force Base in New Jersey in a community as culturally diverse as her own household. Her father, who worked for the Army, is African American, and her mother was Japanese. She is married to Dr. George W. Roberts, a retired senior administrator at the U.S. Centers for Disease Control and Prevention, whom she met in graduate school. Together they have two adult children: Randall Roberts and Marguerite Roberts.

Images for download (click the image for the high-resolution version):
Please credit photos to Tuskegee University. Additional photography can be requested by emailing marketing@tuskegee.edu.