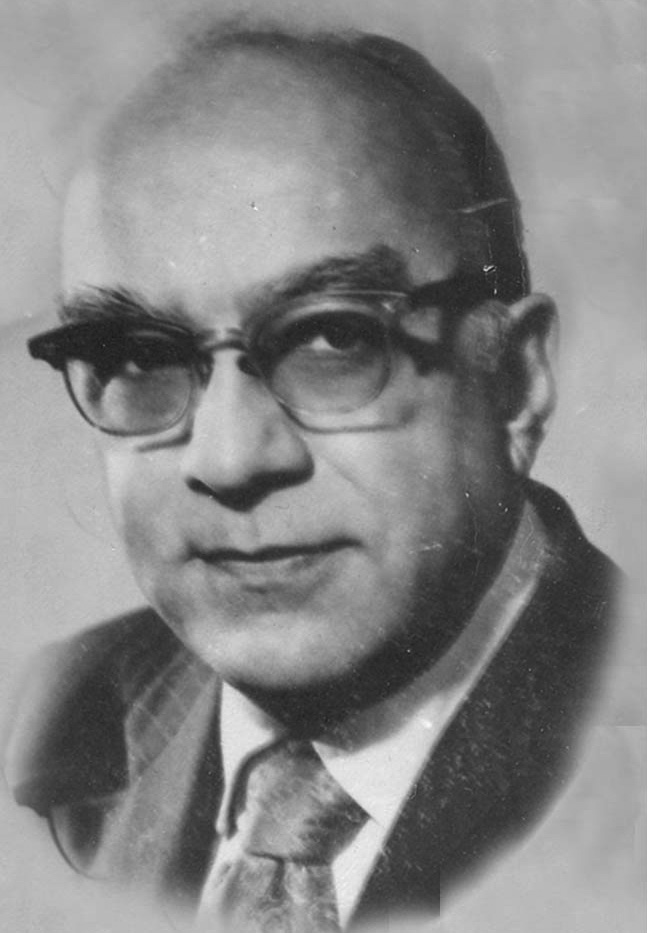 Dr. Luther Hilton Foster Jr. was born March 21, 1913 on the campus of St. Paul's College in Lawrenceville, VA., where his father was an administrator. His parents were Luther Hilton Foster Sr. and Daisy Poole Foster. He earned his undergraduate degrees from Virginia State College in 1932 and from Hampton in 1934. He received a master's degree in business administration from Harvard University in 1936 and a master's degree from the University of Chicago in 1941 and a Ph.D. from the University of Chicago in 1951.

Foster's many accomplishments as the fourth president of Tuskegee included organization of the College of Arts and Sciences, the elimination of several vocational programs, and development of engineering programs. He served as president for 28 years (1953-1981).

Prior to being named president in 1953, Foster was budget officer at Howard University for four years, then came to Tuskegee to serve as business manager in 1941.  While in Tuskegee, Dr. Foster was an active member of St. Andrews Church, a member of Alpha Phi Alpha Fraternity, Sigma Pi Phi Boule, Phi Delta Kappa, Society for Values in Higher Education, and Tuskegee Airmen.

Dr. Foster retired from Tuskegee Institute in 1981. During his tenure at Tuskegee, Dr. Foster often shared wisdom such as this... "The Institute's role in higher education increasingly must reflect great dynamism, professional leadership, innovative style, and a solid base in its rich traditions and deep concern for people. The successes of Tuskegee, often under trying circumstances, are rooted in the Institute's commitment to human dignity. Our operational style seeks to elicit from others high expectations and committed service for the common good. Every Tuskegee task is the work of a team, fluid in its composition for the needs of the immediate challenge, and always undergirded by strength that surges from joint effort."

He was elected to the Alabama Academy of Honors and served on the Board of Sears Roebuck, Norton Simon, Teachers Insurance and Annuity Association, March of Dimes, the American Association of Colleges, the Academy for Educational Development, the Joint Committee for Political and Economic Studies, the UNCF, and the Institute for Church Administration Management.

Foster died of a heart attack on Sunday, November 27, 1994 at the South Fulton County Medical Center, Atlanta, Georgia, while returning to his home in Alexandria, Virginia. He was 81 years old. He was survived by his wife of 53 years, Vera Chandler Foster; his mother, Daisy P., of Petersburg, Va.; a daughter Adrienne Foster Williams of Iselin, N.J.; a son, L. Hilton, of Washington; two sisters, Virginia Hendrick of Petersburg and Mary Allen Burleigh of Clarksburg, W. Va., and five grandchildren.

Friends and colleagues lauded Dr. Foster’s work ethic, his generosity and “the power of his human spirit” by describing him as a “highly principled man . . . a man for his time.”  In 2002, Foster was honored by Tuskegee President Benjamin F. Payton and the Board of Trustees for his foresight, wisdom and service when it unanimously decided to dedicate and name a major academic facility on Tuskegee’s campus in Foster’s honor.

The Engineering Building, home to the engineering programs Foster launched during his tenure and the primary home of the College of Engineering, Architecture and Physical Sciences, was named “Luther H. Foster Hall” on October 19, 2002.

Luther H. Foster Hall, formerly referred to as the Engineering Building, reveres Dr. Luther Hilton Foster’s “quiet and courageous leadership” during his tenure as Tuskegee President from 1953 to 1981.

“Luther H. Foster supported change, envisaged change and courageously stood behind the consequences of action that made for positive change in our society,” explained current Tuskegee University President, Dr. Benjamin F. Payton, during the ceremony.

The naming of Foster Hall coincided with the annual fall meeting of the Tuskegee University Board of Trustees. Several members were on hand for the unveiling, including Board Chairman, Dr. Andrew F. Brimmer.

“This building is a dedication to Foster’s educational commitment,” said Brimmer, who became a member of the Board during Foster’s administration.

Brimmer remembers Foster’s words of wisdom during their first meeting: “From the very beginning (of Tuskegee) the emphasis was on education, agriculture and industrial arts. Industrial arts is today engineering. At Tuskegee, I am devoting much of my time and effort...to engineering. I am helping and working hard to build a curriculum, to expand it and to increase its contribution to the education of (African-Americans).”

“I, too, was particularly impressed with Dr. Foster,” Payton said of his first meeting with him. “He brought a quiet kind of confidence that was so eloquent merely in the way he carried himself and talked. He let his quiet words spoke for themselves and for his actions.”

Constructed in 1970—one of several structures completed during Foster’s administration—Foster Hall boasts more than 80,000 square feet and has four levels. It is one of the largest academic facilities on campus, complete with state-of-the art computer labs and climate-controlled classrooms.

It is the primary facility of the College of Engineering, Architecture and Physical Sciences, the largest of Tuskegee’s five colleges.

In addition to the Dean’s offices, Foster Hall houses the Physics Department and the Departments of Chemical, Electrical, and Mechanical Engineering. The Departments of Aerospace Science Engineering, Architecture and Construction Science and Management are located in other on-campus buildings.

During his address, Payton also alluded to Foster’s leadership through the transformational years of the Civil Rights Movement and his respect of the leaders and participants of the Movement.

Tuskegee was blatantly and illegally drawn out of the political process in 1960, Payton explained. Former Dean of the College of Liberal Arts and Education, Dr. Charles G. Gomillion, was president of the Tuskegee Civic Association and was lead plaintiff in the landmark Supreme Court Gomillion v. Lightfoot decision outlawing gerrymandering.

Payton praised Foster for honoring Gomillion’s efforts rather than “immediately and peremptorily” terminating his employment as was commonplace at other institutions.

“Even when the state legislature refused to make an appropriation one year because our students were demonstrating,” Payton added, “Luther Foster stood quietly and courageously behind our students and behind our Board.”

His only regret, Payton said, was that Foster and his family were unable to live to see the building housing the programs he caused to flourish, named in his honor. Foster’s wife of many years, Vera, and daughter Adrienne, are both deceased. Foster’s son, Luther, of Richmond, Va., who was unable to attend the dedication, is left to cherish his father’s memory.

Foster’s legacy lives on, too, in the hearts and minds of graduates and aspiring graduates of Tuskegee’s engineering programs.

According to the June 20, 2002, edition of Black Issues in Higher Education, for example, Tuskegee University is the seventh largest producer of Black engineers in the country. Both the baccalaureate aerospace science engineering and professional material science engineering degrees are one of their kind among Historically Black Colleges and Universities.