Thanks to sUAS news and Rob Thompson for their original coverage of this news item, which can be found at https://www.suasnews.com/2018/09/the-cuas-coalition-confirms-usaf-major-brown-as-director-of-defense/. 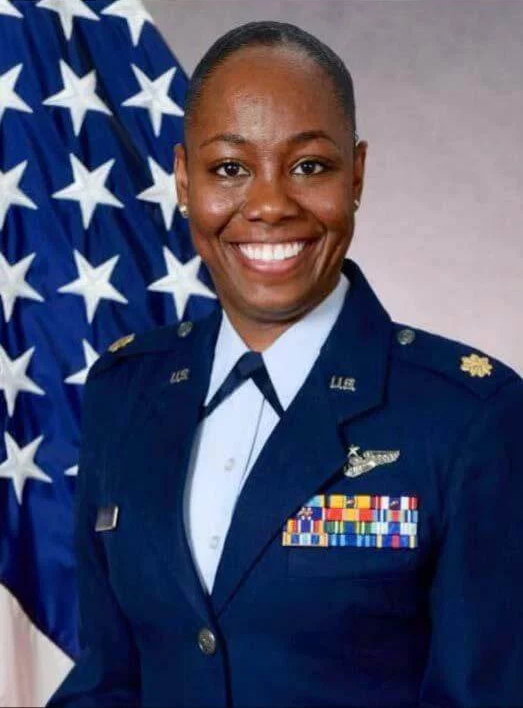 U.S. Air Force major and 2004 Tuskegee University graduate Mikita R. Brown has been named as Director of Defense for the CUAS Coalition. While pursuing a chemistry degree at Tuskegee, Brown earned her commission through the university’s historic Air Force ROTC Detachment 015.

Brown is also an experienced staff officer who has led progress for some of the Department of Defense’s toughest joint and combined command and control (C2) positions — notably, Korea’s chief of C2 Plan’s Architecture, Communication Team; SPINS coordinator; and the executive officer to the Commander of the Air Operations Center (AOC). From there she became a distinguished mission crew commander (MCC) for NATO’s AWACS (E-3A) Component while serving on the HQ-FHR (A5) Staff as the program manager for Mode 5/EHS and the 2035 Concept of Operations.

Prior to earning a bachelor’s degree in chemistry from Tuskegee, Brown earned an associate’s degree in biology from the Georgia Military College. She went on to complete a master’s in human relations at the University of Oklahoma and a master’s of military studies and USMC Command and Staff College at the Marine Corps University. She has also completed the Squadron Officer School, and the Air Command and Staff College, at the Air University at Maxwell Air Force Base.

Read more about Brown’s appointment and service record at https://www.suasnews.com/2018/09/the-cuas-coalition-confirms-usaf-major-brown-as-director-of-defense.