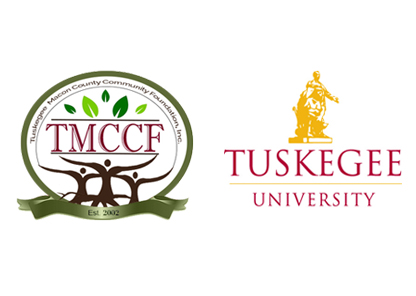 The third annual B.O. Music Festival and Music Hall of Fame, scheduled for the weekend of Nov. 2-3, will celebrate local musicians and musical groups who have made a significant contribution to music — no matter the genre.

This year’s hall of fame class includes six musicians — three of whom will be inducted posthumously — and one choir.

“Bobby was born in Macon County and educated on the campus of Tuskegee Institute at Chambliss Children’s House elementary school,” explained Lucenia Dunn, who co-chairs the festival and is president/CEO of the Tuskegee Macon County Community Foundation Inc.

“His professional and musical careers were dedicated to the growth and development of his beloved Macon County — he was a renaissance man with diverse talents and interests,” Dunn recalled. “After his sudden death in 2013, our Board of Trustees voted to name the music festival after him.”

The foundation established the festival in 2014 as a means of uniting the community. This year marks the addition of Tuskegee University’s Department of Fine and Performing Arts as an event co-sponsor.

“This partnership underscores the historic town-and-gown relationship the county, city and university continue to have in supporting local cultural arts programs and strengthening area tourism,” said Warren L. Duncan, chair of the university’s Department of Fine and Performing Arts, festival co-chair, and a previous Music Hall of Fame inductee.

“It is important for us to honor and preserve those aspects that make our university, community and county unique,” he continued. “Music is one of the most important facets of education, not only as it relates to our university students, but to the talented students in our public school system as well. This community is blessed with an abundance of local talent, and we must do everything in our power to develop and preserve it.”

On Friday, Nov. 2, the hall of fame program will begin at 6 p.m. at the Washington Chapel AME Church’s Parish Hall at 2508 West Montgomery Road. It will include an “Ode to Dr. George Washington Carver” dinner menu inspired by the famed Tuskegee Institute researcher. It also will include performances by inductees Dr. David Banks, Willie “Bill” Perry and Dr. Horace Carney Jr. Tickets for Friday evening’s dinner event are $50 per person.

On Saturday, Nov. 3, the hall of fame program will begin at 6 p.m. at Tuskegee University’s Logan Hall. It will feature a concert marking the final performance of the Former Brothers and Sisters Choir of Greater St. Mark Missionary Baptist Church. The choir will be the first music group inducted into the hall of fame. Tickets for Saturday evening’s event are $30 per person.

A $65 per person ticket is available for those wishing to attend both events.

All tickets are tax-deductible, and event proceeds and donations received will support music education for Macon County youth and help build a music museum.

Friday’s Hall of Fame inductees will include:

Dr. Horace R. Carney Jr. served as professor and chairman/coordinator of the music program at Alabama A&M University in Huntsville, Alabama, for 28 years. A musical prodigy, he grew up in Tuskegee, attended Chambliss Children’s House and studied piano on the Tuskegee Institute campus, and graduated from Tuskegee Institute High School and Fisk University. Carney’s musical focus is on jazz, classical, rock and roll, and choral music, and he has a passion for spiritual arrangements and works by African-American composers. He is the founder of the Omni-Music Enterprises entertainment group and was inducted into the Alabama Jazz Hall of Fame in 1996.

Horace Reaves Sr. (1918-88, inducted posthumously) attended Tuskegee Institute before graduating from North Carolina College. He returned to Tuskegee as a recreational therapist at the Veterans Hospital and raised his family here. Reaves could play a number of musical instruments, but his favorites were the bass and drums. He is best known for teaching and mentoring young musicians. He arranged regular musical presentations for veterans at the VA Hospital, which provided these young musicians with a place to hone their skills.

Lexine H. Weeks (1912-2012, inducted posthumously) was a classically trained and educated pianist. She joined the Tuskegee Institute faculty in 1930 and was the accompanist for the world-renowned Tuskegee Institute Choir under the direction of William L. Dawson. Under her leadership, the choir made a historic appearance in 1938 at New York’s Radio City Music Hall.  She retired from Tuskegee Institute as head of its Music Department.

Saturday’s Hall of Fame inductees will include:

Dr. David Banks, who was born in Ghana, West Africa, but grew up in Tuskegee, is classically trained and has enriched audiences for 45 years with his jazz, R&B, country and Top 40 dance talents. In 1982, Banks made a full commitment to the ministry of gospel music, but added a jazz component — thereby making him one of the few gospel-jazz artists in the world. He has played with such greats as Ramsey Lewis, B.B. King, Maynard Ferguson, Bar-Kays and the Duke Ellington Band (under the direction of Mercer Ellington), and many others. Currently, he is an instructor at Tuskegee University, president of the Columbus Georgia Jazz Society, and serves on the Board of Directors of the Alabama Jazz and Blues Federation.

The former Brothers and Sisters Choir of Greater St. Mark Missionary Baptist Church had the congregation rocking with music of praise every fourth Sunday. The young adult choir formed in 1972 with blood brothers, sisters, cousins and other children gifted with voices who grew up in the church. This group was so good that they attracted other singers from the university and community who asked to join them. The Choir sang with such gospel music notables as Shirley Caesar, Tremaine Hawkins, the Mighty Clouds of Joy, and others.

Willie “Bill” Perry, who was born in Aiken, South Carolina, and grew up in Thomson, Georgia, is a musician with a mission. By the age of 6, he decided he wanted to play music when he grew up. He followed in his sister Barbara’s footsteps and attended Tuskegee Institute, where he majored in architecture and minored in music. As a young musician, he played in local bands — learning all he could and developing a unique piano style. He discovered writing and arranging music in the style of Quincy Jones, which opened his eyes to diverse musical fields. Perry is the resident composer of the Tuskegee Repertory Theatre, as well as plays keyboard for the jazz group Smoke, Panama City’s Straight Up Jazz Trio, and other regionally renowned jazz groups. He has appeared with such greats as vocalist and film star Harry Belafonte, Grammy Award-winner Jennifer Holiday, and R&B legend Peggy Scott Adams.

Captain William Wylie (1893-1968, inducted posthumously) graduated from Tuskegee Institute in 1907. He served on the faculty, served as choir director, and trained the Tuskegee Institute Male Chorus and Male Quintet. He was the musical chorister for Greenwood Missionary Baptist Church for many decades. In addition to his musical talents, he organized the first Tuskegee/Macon County Boy Scout troop.