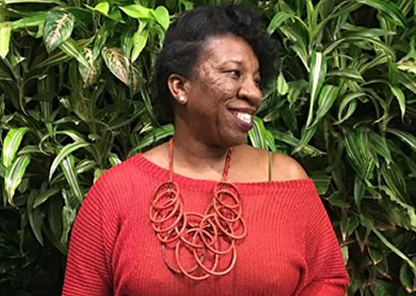 African-American civil rights activist Tarana Burke will be the featured speaker at Tuskegee University’s Lyceum Series event on Monday, Jan. 28. She will speak to members of the campus and surrounding communities during an open lecture at 6 p.m. in the Gen. Daniel “Chappie” James Arena.

In 2006, Burke, who hails from The Bronx, was the first to use the “me too.” phrase to raise awareness of the pervasiveness of sexual abuse and assault in society. Time named her, among a group of other prominent activists dubbed “the silence breakers,” as the magazine’s “Time Person of the Year” for 2017 after the phrase developed into a broader, hashtag-driven movement following a plethora of high-profile sexual abuse allegations.

Now a senior director of programs at Girls for Gender Equity, Burke has dedicated more than 25 years of her life to social justice and to laying the groundwork for a movement that was initially created to help young women of color who survived sexual abuse and assault. On stage, she provides words of empowerment that lift up marginalized voices, enables survivors across all races, genders, or classes to know that they are not alone, and creates a place for comfort and healing to those who have experienced trauma.

Tuskegee’s Lyceum Series programming features notable headliners who educate, enlighten and entertain members of the campus and surrounding communities. Each represents the university’s commitment to educating students in an engaging and holistic way.

Lyceum Series events are free and open to students, faculty, staff and others in the community who wish to attend. For more information about the series and updates on future presenters, visit www.tuskegee.edu/lyceumseries.