McNair to be honored with Stony Brook’s Distinguished Alumni Award

Note: we thank our colleagues at Stony Brook University for their work to publish the original feature announcing President McNair’s selection. 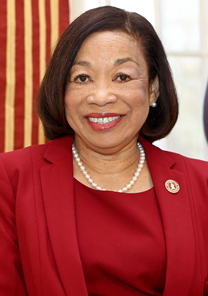 Two-time Stony Brook University graduate and Tuskegee University president, Dr. Lily D. McNair, has been selected to receive the Stony Brook University Distinguished Alumni Award, and will be honored by its Alumni Association on May 18, 2019, in a private ceremony in northern New Jersey.  McNair, who earned her master’s and doctoral degrees at Stony Brook in 1983 and 1987, respectively, is Tuskegee’s eighth president and the first woman to hold this position in the institution’s 137-year history.

Before Tuskegee, McNair held senior roles at Wagner College, Spelman College and the University of Georgia, where she became the first African-American woman to obtain tenure and promotion in the Department of Psychology.

A clinical psychologist by training, McNair has performed research focused on the development and evaluation of community-based interventions targeting substance use and early sexual behavior in African-American youth. Her research has been funded by the National Institute of Mental Health and the Centers for Disease Control and Prevention.

Since its inception in 1983, the Distinguished Alumni Award has recognized and paid tribute to outstanding alumni as the highest and most prestigious honor awarded by the Stony Brook University Alumni Association (SBAA).

“It means so much to be recognized by Stony Brook University, a place that I have always seen as a superior academic institution,” McNair said . “My years at Stony Brook have helped me to become the person that I am today.”