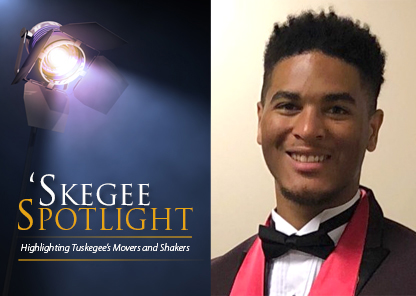 August marks the start of college life for some, but for others like Gerald Young, who will graduate in May, the start of the year is bittersweet.

Young, a senior psychology major from Little Rock, Arkansas, says he was inspired to choose his major after discussing his purpose in life with a Sunday school teacher.

“My teacher asked me: it’s two o’clock in the morning and your job is calling you,” he recalled being asked. “What would make you feel so passionate to get you out of bed that early in the morning?”

“The only response I could think of was something that would benefit others. I wanted to be the person that could help get someone through a major crisis or help them to become a better person,” Young explained.

Young added that he wakes up knowing that he can be used by God to help someone smile and make someone’s day easier.

“What motivates me to continue my passion for psychology is the idea that in every day, there is a new person to inspire and a new way to inspire,” he noted. “I believe that if I can do good, I can influence someone around me to do good as well and create a chain of positivity.”

While on the path of discovery, Young credits Tuskegee for molding him into a better person.

“I have been able to adapt to challenging situations, find solutions to problems and be a productive leader because of what I have learned at Tuskegee,” he said. “The most valuable lesson I’ve learned over the past few years here is how to bounce back.” There have been times when life knocked me down and I wanted to quit, but I realized that the only way to fail is to give up. It’s never about how many times you fail, but how you bounce back from your failures.”

Young added that Tuskegee has also taught him how to build relationships, stay humble and persevere.

“While working in the Bursar’s Office this summer under the direction of Mrs. Chisholm and staff, I was given the opportunity to learn more about the protocols and procedures of our university, and effectively do my part to give back to Mother Tuskegee,” he explained.

Young says his plans after graduation include pursing his doctoral degree in clinical psychology, and then setting up his own practice for teens focusing on mental health in the African-American community.

But for now, he says he wants to serve as a mentor to freshman coming into the university. He especially noted that new and returning students alike can benefit from Tuskegee’s rich history as they seek to walk in their purpose.

“I want to encourage freshman to take time outside of studying to learn about Tuskegee’s history,” he said. “There are countless figures who have graced the presence of our campus — many of whom are prestigious graduates whose examples can actually add a sense of direction for all of us.”