In addition to the degrees conferred on them on May 13, Tuskegee University’s class of 2017 received a commission from commencement speaker and ESPN President John Skipper.

“Graduates, you trusted the Tuskegee tradition, and now, you are the Tuskegee trajectory,” Skipper said to the 468 graduates comprising the institution’s spring graduating class.

When introducing this year’s commencement speaker, Tuskegee University President Brian Johnson lauded Skipper for his contributions as ESPN’s president to the African-American and HBCU communities through ESPN partnerships and programming provided by “The Undefeated” — ESPN’s premier platform for exploring the intersections of race, sports and culture.

Skipper was welcomed by the unique fanfare of the Marching Crimson Pipers, led by drum major Brandon Burroughs, who exchanged his mortar board for his signature busby hat. The band performed its rendition of the ESPN SportsCenter theme and its famous “Ball and Parlay.”

“You all are entrusted with one of the great academic and social institutions in this country,” Skipper pointed out to the graduates, families and university faculty in attendance. “However, a tradition without a trajectory is an artifact. I know your collective ambition is to build on legacy, to continue to create a vital and thriving university with dramatic impact…Over 136 years after the founding of this institute, it continues to innovate.”

”Today, your hard work and commitment earns an appropriate reward — a college degree. You earned it, and you deserve it,” he said.

“You must take this place with you and what you learned here,” Skipper reminded the class of 2017. “Your success, your leadership, your optimism, your participation, your hope are necessary if we are to overcome the continuous legacy of racial prejudice and divisiveness in this country. You guys are part of the solution.”

At the university’s baccalaureate service on May 12, The Hon. Charles Price charged graduates with having a plan for life have college.

When introducing Price, a retired municipal court judge for Alabama's 15th Judicial Circuit, as well as a Tuskegee University trustee since 2009, Johnson credited Price for being a “truth-teller.” He emphasized to graduates the importance of having such individuals in your life.

Price paid homage to the legacy and tradition of which the university’s newest graduates are now part. He referred to the university’s campus as “hallowed grounds” as he reminded them they have walked the same places as historical greats Booker T. Washington and George Washington Carver, “notable presidents” of the university and generations of “superb faculty members.”

He focused the majority of his remarks on challenging graduates as he paraphrased Martin Luther King Jr. by asking, “Where do you go from here?” He then offered three introspective steps to answering that question.

“You must first ask yourself: ‘What is my moral compass?’….Then ask: ‘What is the match that will start the fire that will be my guide?’….And, three, follow your passion. Stay true to yourself,” he responded.

Tuskegee University’s spring class of 2017 included a total of 536 awarded degrees: 410 bachelor’s degrees (including 15 double majors), 54 master’s degrees and six doctoral degrees. At the College of Veterinary Medicine’s its inaugural Spring Commencement and Oath Ceremony on May 6, the university awarded 66 doctoral degree in veterinary medicine. 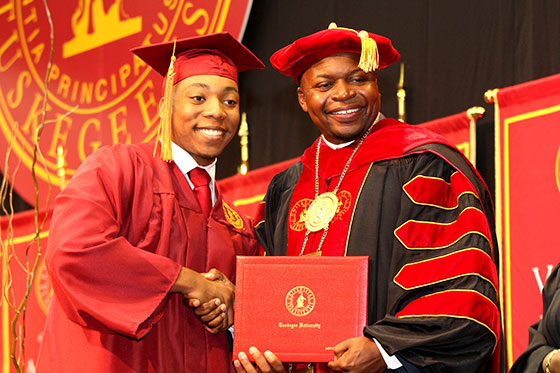 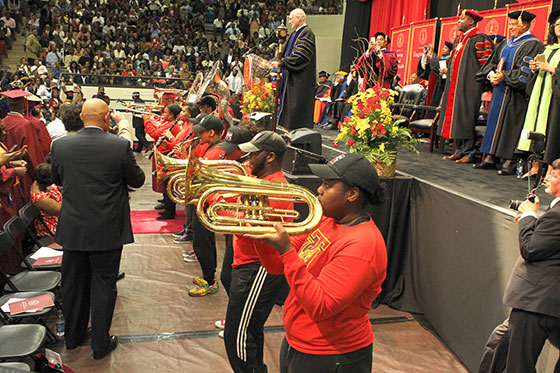 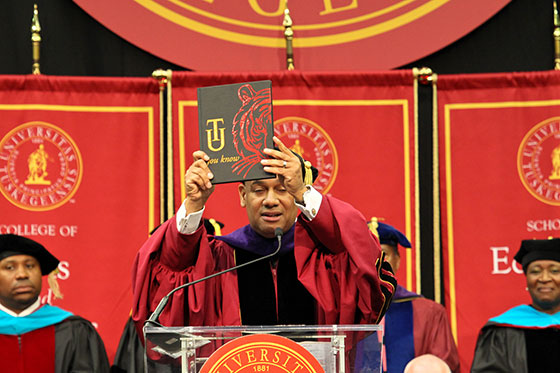 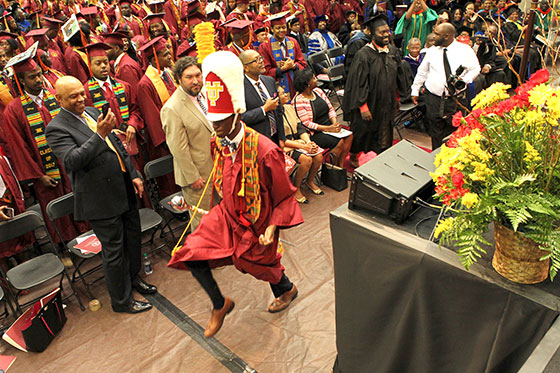 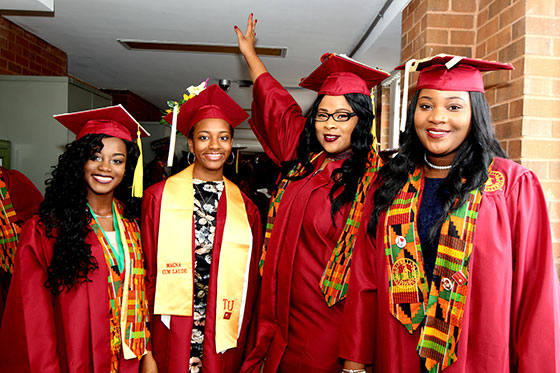 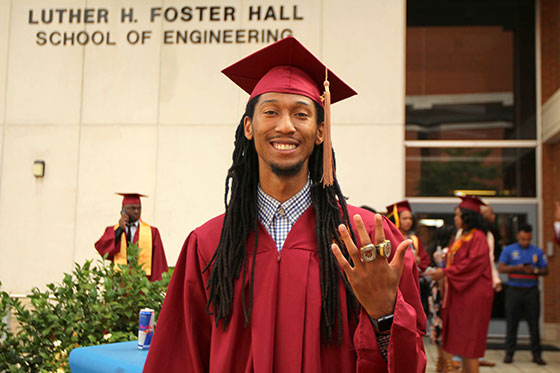 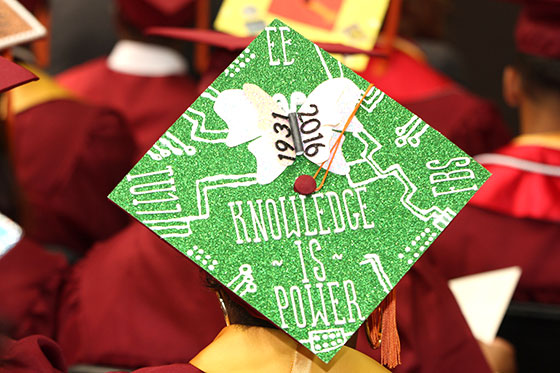 To purchase the graduate photos taken during the 2017 Spring Commencement, contact Grad Images at www.gradimages.com or call 800.261.2576.