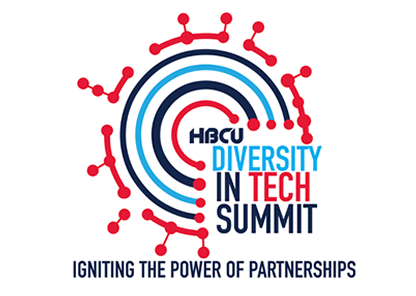 The Diversity in Tech Summit brings together 47 companies, 34 HBCUs, and numerous members of Congress for collective conversations around tech diversity and preparing students of color for careers within emerging technologies such as blockchain, artificial intelligence and cybersecurity. Through two days of dynamic strategy sessions, participants will build sustainable partnerships to strengthen course curriculum, close the skills gap and create universal best practices for the recruitment and retention of HBCU graduates.

“Tuskegee is proud to join the Congressional Bipartisan HBCU Caucus and leaders from the tech sector for the second annual Diversity in Tech Summit,” said Dr. Channa Prakash, dean of the College of Arts and Sciences, who is presenting the university at the summit. “Our institutions are drivers of our local economies and help prepare our nation’s students for 21st century opportunities.”

HBCUs have long been credited with bringing much-needed diversity to the STEM-focused workforce. Tuskegee specifically has been credited with being among the nation’s top-10 producer of graduates of color in the agricultural science, engineering, physical science and veterinary medicine fields.

“The Diversity in Tech Summit is a chance for us to work together with private sector stakeholders and create meaningful, long-term partnerships that will keep our schools sustainable for centuries to come, and position our students as leaders in today and tomorrow’s economy,” Prakash continued.

“HBCUs contribute nearly $15 billion to our annual economy and have provided pathways of opportunity to millions of Americans — many of whom are first-generation college students. Despite being historically underfunded and under-resourced, these institutions continue to produce top talent, including 40 percent of my colleagues in the Congressional Black Caucus,” said Congresswoman Alma Adams (D-NC), founder and co-chair of the Bipartisan HBCU Caucus. “That is why the Diversity in Tech Summit is so important. There is no workplace diversity, especially within the tech industry, without HBCUs. I am proud to host the second annual Diversity in Tech Summit to build a well-prepared workforce that is diverse and inclusive.” 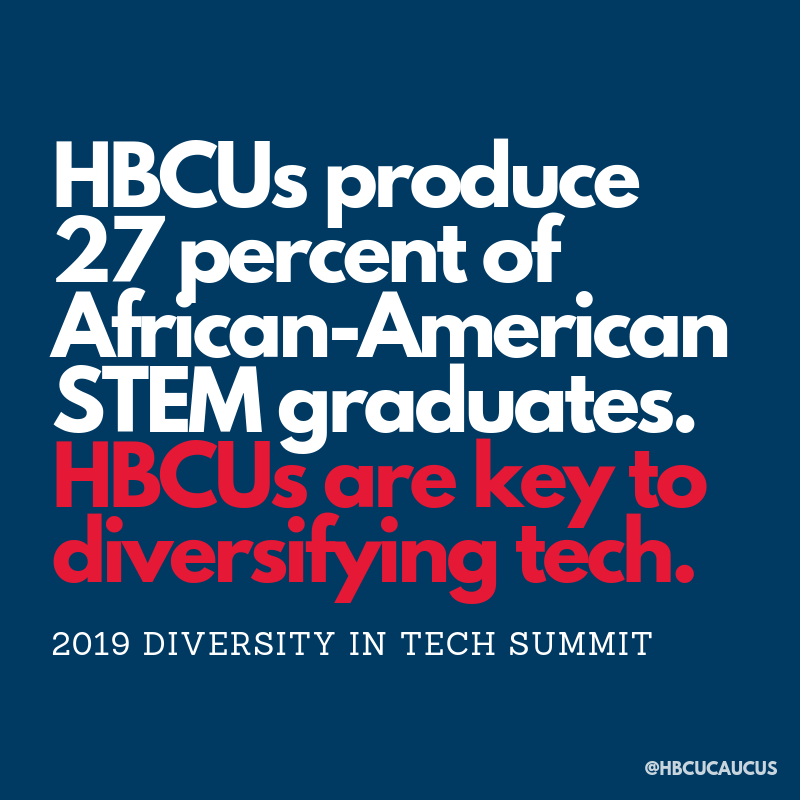 “As our workforce needs continue to grow and evolve, it is essential that everyone has an opportunity to take part. Alabama’s 14 HBCUs and others throughout the country produce the first-class talent needed to keep our nation’s tech businesses on the cutting edge,” added Sen. Doug Jones (D-AL) of Alabama, co-chair of the Bipartisan HBCU Caucus. “I am thrilled these industries have stepped up to further the conversation toward a truly inclusive workforce.”

“HBCUs are integral in preparing African-American students for jobs in competitive STEM fields, but it takes meaningful cooperation between the private and public sectors to truly ensure the tech sector reflects our nation’s diversity,” said Congresswoman Terri Sewell (D-AL) of Alabama’s 7th congressional district and vice-chair of the Bipartisan HBCU Caucus. “Without engagement with HBCUs, industries miss out on a dynamic, well-trained pipeline of diverse workers. That is why I am so proud that companies like those participating in the HBCU Caucus’ Diversity in Tech Summit recognize the importance of a diverse workforce.”

Follow the Congressional Bipartisan HBCU Caucus on Twitter for more information, or search for the #DITSummit2019 on social media for summit updates.