Tuskegee confers more than 500 degrees at May 11 commencement exercises 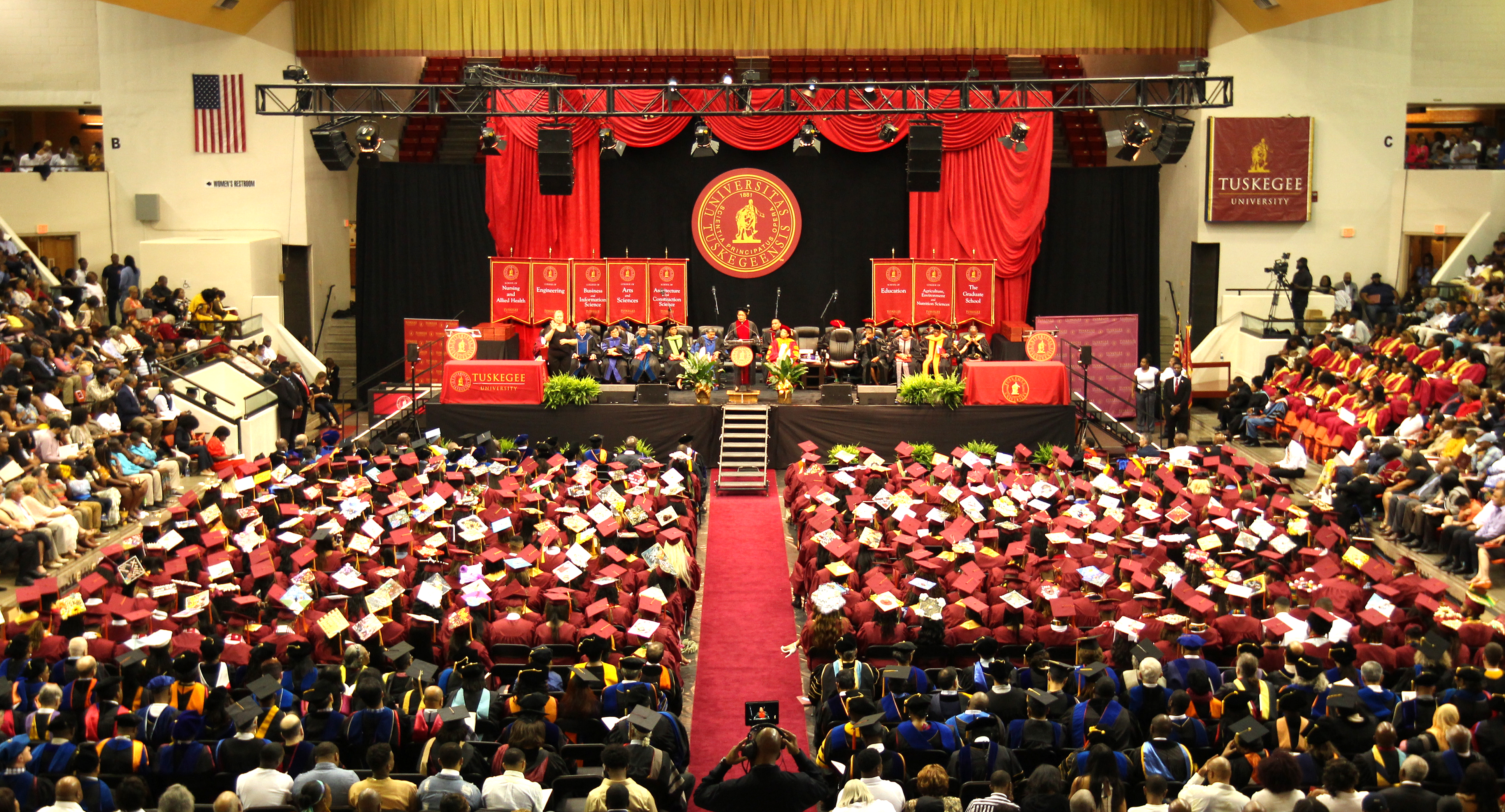 Tuskegee University awarded a total of 522 degrees to its spring 2019 graduating class during its May 11 Spring Commencement Exercises. Celebrating with the graduates was speaker Loretta Lynch, the nation’s first female African-American U.S. attorney general, who herself became an alumna after receiving an honorary degree.

During her address, Lynch reflected on several life lessons, including some originating from her mother and her 30-plus-year accomplished legal career.

“It is not the title you bear, but the lives you will touch that will define your contributions to this world,” Lynch shared. “Define yourself early on because there will always be someone seeking to define you, based on a small glimpse of you.”

Lynch also shared some of her personal testimonies and explained how both time and failure will be realities for all graduates.

“I encourage you to hold on to your time, because now is your best time — the choices you make right now are yours. And the best part is, you get to decide on the person you want to become,” she said.

“You are going to succeed in some areas of your life that you never dreamed of, but know too that you’ll fail in others — these areas that you fail in will actually become some of the best parts of your life, which will push you toward success,” she continued.

Following Lynch’s remarks, President Lily D. McNair — presiding over her first spring commencement as president — bestowed upon the former U.S. attorney general an honorary doctor of laws degree. Lynch, who holds both undergraduate and law degrees from Harvard University, served as U.S. attorney general under President Barack Obama from April 2015 until January 2017. She also served twice as head of the U.S. Attorney’s Office for the Eastern District of New York, under both President Bill Clinton and Obama.

The university will host its Summer Commencement Exercises on Friday, July 26.

View the complete ceremony below: