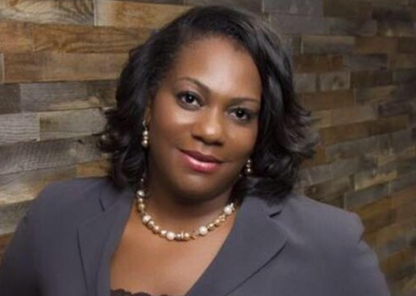 Those with Tuskegee University ties visiting the Smithsonian Institute’s National Museum of African American History and Culture will be pleased to know that it was 1996 Tuskegee graduate Tammy Boyd who is among the group of “hidden figures” responsible for its opening.

Boyd, through her capacity as a Capitol Hill staffer, developed and advocated for the legislation that provided funding for museum, which opened in September 2016. It is the only national museum devoted exclusively to the documentation of African-American life, history and culture. To date, the museum has collected more than 36,000 artifacts and is the 19th and newest museum of the Smithsonian Institution.

Boyd, who earned a degree in biology from Tuskegee, held an interest in policy and politics when she served as freshman class president and student ombudsman to former president Dr. Benjamin Payton.

“Upon graduating from Tuskegee, I pursued a master’s degree in public health with a focus on health policy at the Emory School of Public Health. This is where my interest peaked around developing a career in policy and being in a position to influence health policy at a national level,” said Boyd.

That desire led her to Capitol Hill in Washington, D.C., where she worked for U.S. representatives Bennie Thompson (D-MS) and John Lewis (D-GA).

“I was the key staffer who drafted the health disparities legislation that became public law in 2000. This bill created the Office of Minority Health at the National Institutes of Health, now an Institute,” she recalled. “Also, while with Rep. Lewis, I was the primary staffer who wrote, drafted and navigated the legislation that created the National Museum of African American History and Culture.”

Without the persistence of Boyd and three other African-American women — LaRochelle Young, Kerri Speight Watson and Donnice Turner — working relentlessly to ensure that legislation moved forward, the museum would not be in place today. Because of their efforts, the $540 million museum is a crowning achievement that celebrates the contributions to and sacrifices made by African-Americans throughout the nation’s history.

The framework for the museum dates back more than a century, when the idea for such a museum was first proposed by black Civil War veterans. The idea was again shared in 2000 with the four congressional aides who would finally push the establishment of the museum.

When asked how Tuskegee University prepared her for success, Boyd explained that the university provided her confidence through understanding and better appreciating the contributions, resilience and brilliance of African-Americans.

“I was equipped with a foundational understanding of the sciences and health care issues that became a springboard into my career, foundational leadership skills through student government that are applicable now as I navigate the legislative process, and core character traits — such as tenacity, perseverance and work ethic — to succeed in life,” Boyd said.

“Consistent with our mission, we seek to graduate students whose technical, scientific and professional prowess has been not only rigorously honed, but also sensitively oriented in ways that produce public-spirited graduates who are both competent and morally committed to public service with integrity and excellence,” noted Smith.

Smith noted Boyd saw an opportunity to use her diverse skill set to achieve national public service impact, and she did not hesitate to contribute in that way.

“The academic preparation, critical thinking and assertiveness to address a diverse set of problems is the brand of a Tuskegee University graduate,” Smith added.

Boyd currently works for the Black Women’s Health Imperative, which since 1983, has been the only national organization dedicated solely to improving the health and wellness of the nation’s 21 million black women and girls – physically, emotionally and financially. Boyd oversees the organization’s legislative policy and has recently joined the ranks of contemporary Tuskegee graduates whose contributions have gained national recognition.

For more information about the National Museum of African American History and Culture, visit https://nmaahc.si.edu.