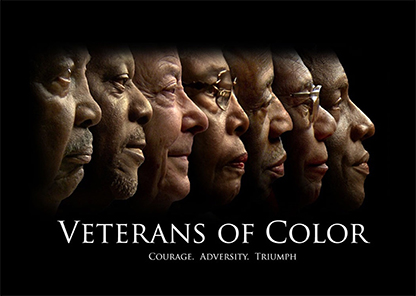 Tuskegee University will honor the contributions of our nation’s veterans on Sunday, Nov. 11 during a Veterans Day Convocation beginning at 9:30 a.m. in the University Chapel. The convocation will feature a special screening of the 55-minute documentary film “Veterans of Color,” released in 2012 and produced to preserve the stories of African-American war veterans. The occasion is open to the public.

Speaking at the convocation will be Dr. Bernard C. Watson, a Korean War veteran, distinguished educator, civic leader and civil rights champion who served as executive producer of the documentary. Directed by Mark Parry, the film was sponsored by the Association for the Study of African American Life and History, Manasota Branch, and is part of The Veterans History Project, established in 2000 by the U.S. Congress, to record and preserve the role of African-American war veterans and to help others understand the reality of war.

The convocation also will feature patriotic songs performed by the Tuskegee University Golden Voices Concert Choir; participation by and recognition of Tuskegee’s Air Force, Army and Navy ROTC cadets; and greetings from Lt. Gen. Anthony Cotton. Cotton currently serves as commander and president of the Air University at Maxwell Air Force Base in Montgomery, Alabama, and is the first African-American to serve in this capacity.