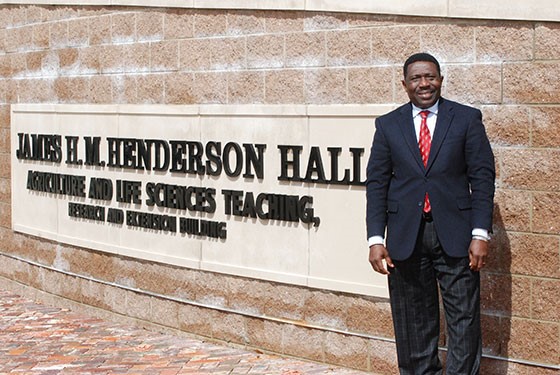 TUSKEGEE, Ala. (April 8, 2015) — With the demand for heart-healthy chicken breast products on the rise, the United States poultry industry has become a booming business. In Alabama alone, more than 1 billion chickens were produced in 2010, bringing in $2.5 billion. However, the big dollars also come with a toll on the environment that a Tuskegee University patent can help end.

“In Alabama alone, production of such a huge quantity of chickens generates annually an average of 15 million metric tons of poultry litter – a mixture of bedding materials, straw or wood shavings, chicken waste, feathers, and spoiled feed,” said Dr. Kokoasse Kpomblekou-A, a researcher and professor in the College of Agriculture, Environment and Nutrition Sciences.

Without proper management, this litter can possibly contaminate land and water with excess phosphorus. The contamination can lead to algae blooms, which harm food resources and habitats, and decrease the oxygen in water that fish and other aquatic life need to survive. 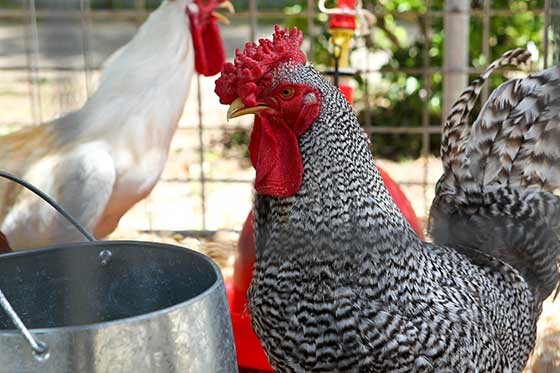 Chicken litter is a phosphorus-rich by-product and its disposal can be difficult and costly for producers. Kpomblekou-A said correct disposal of the product was largely unregulated until 2003, when Concentrated Animal Feeding Operations (CAFO) regulations were expanded. The new standard requires soil phosphorus not to exceed 200 parts per million by 2018 and that puts farmers without access to more land space in danger of violations.

“Many chicken producers simply “recycle” the waste by mixing it with topsoil in crop fields,” he said. “The bulk of the waste generated and its high transportation costs have been a predicament to producers who would like to move the waste to surrounding counties and other states, because they cannot use all of the waste on their own farms.”

The Tuskegee patent is a chemical treatment solution that makes reused poultry litter better for the land by reducing phosphorus levels by about 90 percent while retaining the essential elements needed for plant growth such as carbon, nitrogen, and sulfur. The solution also has a secondary use that is doubly helpful for improving land.