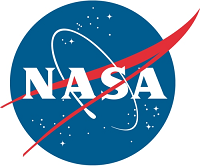 NASA renewed its contract with Tuskegee University’s Center for Food and Environmental Systems for Human Exploration of Space (CFESH) in 2003 for four more years. Previous research on sweetpotatoes and peanuts will be further refined. The new focus:  hydroponic production of salad crops, waste recycling on mission, and pursuing commercialization on earth of products already developed for space.

During Year 1, the FCE team focused on one project concentrating on salad crops and four on sweetpotato and peanut: 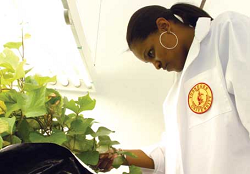 Baseline studies of carrots, dill, and basil are approximately halfway through the first experiments. However, a preliminary germination/ transplanting study with carrot suggests that the crop can be successfully transplanted into NFT (the nutrient film technique whereby a thin film of nutrient enriched solution passes over the roots of a plant) with minimal visible adverse effects on growth and yield.

One run of projects 2a and b above is completed and run 2 is in progress.  Preliminary results indicate that visible storage root initiation commenced approximately two weeks after planting, but only one breeding clone, NCC-58, exhibited rapid development. Analyses of t-ZR levels, anatomical characterizations, and RNA isolation are in progress.

Two runs of project 3a and b were completed.  Total biomass production was enhanced for sweetpotato and peanut with CO2 enrichment.  Photosynthesis data are still being examined and analyzed.  For supraoptimal CO2, results show that sweetpotato storage root yield was enhanced while foliage production declined with increasing CO2. For peanut, foliage dry mass, mature pod and seed mass, and total seed yield were enhanced at 5000 µmol mol-1 while plants grown in NFT at 10,000 µmol mol-1 produced more pods and seeds.  Thus pod number increased with increasing CO2, but pod weights were similar at 5000 and 10,000 µmol mol-1 and only slightly lower at 400 µmol mol-1.  It appears that the number of peanut seeds increased with increasing CO2, but seed weights were less affected by CO2. Photosynthetic rates and stomatal conductance values were similar for plants grown at the highest CO2 level and at ambient, confirming previous findings with other crops; stomates appear to reopen at very high CO2 levels. 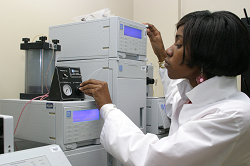 For the canopy gas exchange experiment, sweetpotato and peanut are being grown in two walk-in growth chambers for 110 and 120 days under these conditions: CO2 (400 and 1000 ± 25 umol-1 mol) will be added into the chambers 14 days after planting by use of flow meters and an IRGA. Plants will be supplied with a modified half strength Hoagland solution and replenished weekly through the use of a 1/3 strength solution. Relative humidity will be maintained at 70 ± 5%, photosynthetic Photon flux (PPF) at 500 u mol m-1 s-1, photo period of 14/10 h light/dark and a matching thermo period of 28/22 C°. During the experiments various measurements will be taken to include daily CO2 uptake, emergence date, time of canopy closure, date of flowering cessation and gynophore appearance for peanut and harvest date.  At the end of the study, dry and fresh weights will be taken to include foliage, fibrous roots for sweetpotato, pod weight for peanuts, total biomass, edible biomass and harvest index. To validate/verify the sweetpotato/peanut models, inputs from this study will be utilized. Simulated data from models will then be compared to actual data to determine the reliability of the models. Documentation of the sweetpotato model is ongoing but near completion.

Validation of the sweetpotato growth model will also be done using four cultivars. They are: NCC58, J6/66, TU-82-155 and D-3. They are being grown in walk-in growth rooms in NFT.  A modified half-Hoagland solution is being used and replenished with deionized water back to volume.  Electrical conductivity is being controlled at 1200uS-1 through the use of a 40X half Hoagland stock.  Conditions in growth chambers consist of a relative humidity of 70 ± 5%, PPF of 500 umol m-1 s-1, photoperiod of 14/10 h, and temperature of 28/22 C°.  Carbon dioxide is being maintained at 350 umol-1 mol. At the end of the study, dry and fresh weights will be taken to include foliage, fibrous roots, string/storage roots, total biomass, and harvest index. To validate the model, inputs from this study will be utilized. Simulated data will then be compared to actual data to determine the reliability of the model. 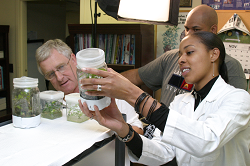 During Year 1, the FPD team focused on these projects:

Three refined breakfast cereal formulations with moisture levels of 15, 10 and 5% and 100% sweetpotato flour were prepared; all showed similar chemical and physical characteristics. The 5% moisture formulation was most acceptable to consumers in an informal bench top testing. 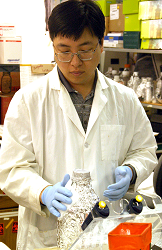 Approximately 6L of sweetpotato starch syrup were made; chemical and physical analyses indicated similarity with established syrups (corn-based sweetener). The starch made from TU-82-155 showed greater gelatinization properties probably because of its amylase:amylopectin ratio.

The original sweetpotato beverage was modified with varying amounts of pureed sweetpotato (20, 25 or 30%).   Preliminary mean sensory scores for all attributes ranged between 3.0 and 4.4. These and other results will be used as a guide to continued improvement of the beverage.

Characterization of potential waste from menu items using a simulated International Space Station Menu Plan was completed and current activity involves identification of the potential for wastes to be the host for microbial populations.

As part of resource recovery, sweetpotato vines are being used to prepare germination matrices. Prepared matrices are being amended with moisture, corn starch and are either air- or microwave-dried. The matrices are also being autoclaved and assessed for potential use as inoculum carriers as well as to determine the biostability of the compressed matrix.

Very little progress was made on mass reduction activities because of malfunctioning of the Oxymax-C Chambers monitoring systems.  The chambers are being used to manually examine mass reduction and nutrient recovery, without gas exchange monitoring.

The Systems Integration or SI team addressed issues to streamline the production of syrup from sweetpotatoes. The configuration developed for syrup production from fresh storage roots was analyzed. Based on information gained regarding qualitative characterization, there developed a process configuration for the syrup. In addition, the team determined various forms of mass and energy input, output, and intermediate flows, and synthesized several alternative configurations.  The rationale for each alternative configuration, its operating principles, potential advantages and disadvantages were documented. Recommendations from this analysis include the use of less water in liquefaction, the use of heat integration to reduce external heating of the evaporator, and the use of an alternate water separation technology such as reverse osmosis.

CFESH faculty/staff worked with the Macon County (Ala.) Schools’ Leadership and Assistance for Science Education Reform (LASER) initiative, as well as with the SLSTP team at KSC.  A teacher workshop on biotechnology for 10 teachers and classroom visits took place, and in a joint initiative with the National Park Service the current work of CFESH with NASA will be displayed as a Carver legacy at the Carver Museum on the campus National Historic Site.