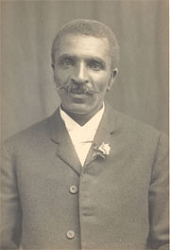 As a botany and agriculture teacher to the children of ex-slaves, Dr. George Washington Carver wanted to improve the lot of “the man farthest down,” the poor, one-horse farmer at the mercy of the market and chained to land exhausted by cotton.

Unlike other agricultural researchers of his time, Dr. Carver saw the need to devise practical farming methods for this kind of farmer. He wanted to coax them away from cotton to such soil-enhancing, protein-rich crops as soybeans and peanuts and to teach them self-sufficiency and conservation.

Dr. Carver achieved this through an innovative series of free, simply-written brochures that included information on crops, cultivation techniques, and recipes for nutritious meals. He also urged the farmers to submit samples of their soil and water for analysis and taught them livestock care and food preservation techniques. 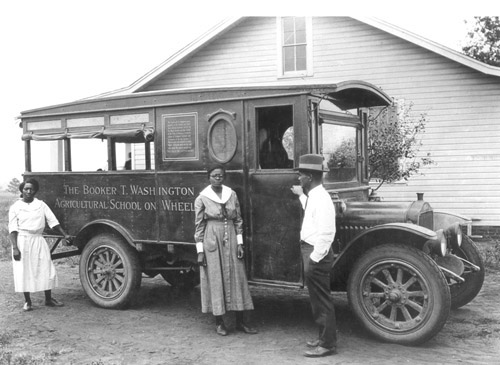 In 1906, he designed the Jessup Wagon, a demonstration laboratory on wheels, which he believed to be his most significant contribution toward educating farmers.

Dr. Carver’s practical and benevolent approach to science was based on a profound religious faith to which he attributed all his accomplishments. He always believed that faith and inquiry were not only compatible paths to knowledge, but that their interaction was essential if truth in all its manifold complexity was to be approximated.

Always modest about his success, he saw himself as a vehicle through which nature, God and the natural bounty of the land could be better understood and appreciated for the good of all people.

Dr. Carver took a holistic approach to knowledge, which embraced faith and inquiry in a unified quest for truth. Carver also believed that commitment to a Larger Reality is necessary if science and technology are to serve human needs rather than the egos of the powerful.  His belief in service was a direct outgrowth and expression of his wedding of inquiry and commitment.  One of his favorite sayings was:

“It is not the style of clothes one wears, neither the kind of automobile one drives, nor the amount of money one has in the bank, that counts. These mean nothing. It is simply service that measures success.” 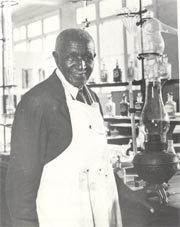 Our nation currently agonizes over questions about ethics and society in the wake of egregious moral abuses in our public and private lives. The life of Carver reminds us that such abuses will continue until we reunite ethical and technical reasoning in the context of a profound faith that holds all inquiry and action accountable.

Accomplishing this in the midst of so much diversity will not be easy. We can, however, approximate it if we act on the belief in a common humanity, which binds us together despite our differences of race, nationality and culture, and a common destiny that can be secured only if science and technology seek to serve broad and deep societal needs.

At Tuskegee  University, we continue to commit ourselves to inquiry and commitment, faith and knowledge, truth and service, scientific and technical competence, and ethical maturity.

Such is the imprint of Dr. George Washington Carver upon us.

On Jan. 5, 1943, Dr. George Washington Carver died. He left behind a legacy as not only one of America's greatest inventors, but also as a pioneering agriculturalist, award-winning artist and humble humanitarian.   READ MORE

Dr. George Washington Carver's work resulted in the creation of more than 300 products from peanuts, contributing greatly to the economic improvement of the rural South. See a list of some of his peanut products.   READ MORE

A genius in botany and agricultural experimentation, Dr. George Washington Carver discovered more than 100 uses for the sweet potato and a variety of Southern plants. See a list of some of his sweet potato products.  READ MORE