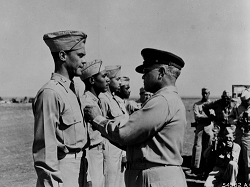 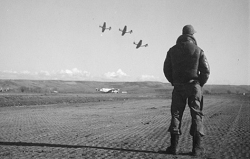 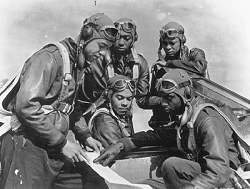 Tuskegee Airmen Facts
"Our mission of escort was really the prime mission to carry out successfully and this we did. The 332nd became known as the best escort operator in the 15th Air Force. We never lost a bomber to enemy action of airplanes." — Gen. Benjamin O. Davis, Jr., Commanding Officer, 332 nd Fighter Group 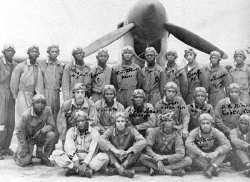 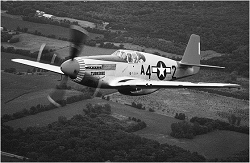 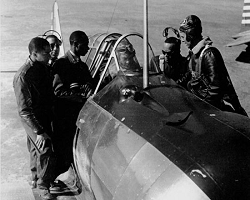 Purple Heart Medal Quest
A story, courtesy of the St. Louis Post-Dispatch, on the collection of Purple Hearts earned by Tuskegee Airmen. 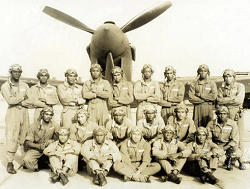 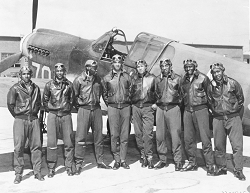 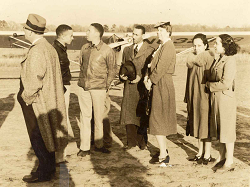 Tuskegee Airmen Photo Gallery
Photos provided by the National Park Service and the Tuskegee University Office of Marketing and Communications. Permission for use must be granted. For historical photographs or information regarding the Tuskegee Airmen, contact: Maxwell Air Force Base by e-mail at afhranews@maxwell.af.mil or write the Air Force Historical Research Agency, 600 Chennault Circle, Maxwell AFB, Ala. 36112-6424. 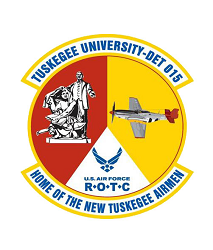 History of Detachment 015 - Home of the Tuskegee Airmen
Many of America's famed black officers either began their careers here or their careers allowed them to pass through the detachment. 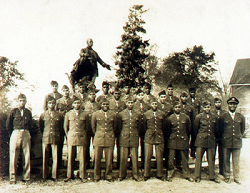 Tuskegee University’s Leadership Role In Developing The Tuskegee Airmen and Aviation Opportunities For African Americans
Once the U.S. government passed the Civilian Pilot Training Act in 1939, Tuskegee University – together with various civil rights groups and the Black press – began the effort to change federal government practices and policies that excluded African-Americans from pilot training programs and to begin the development of Black fighter pilots.