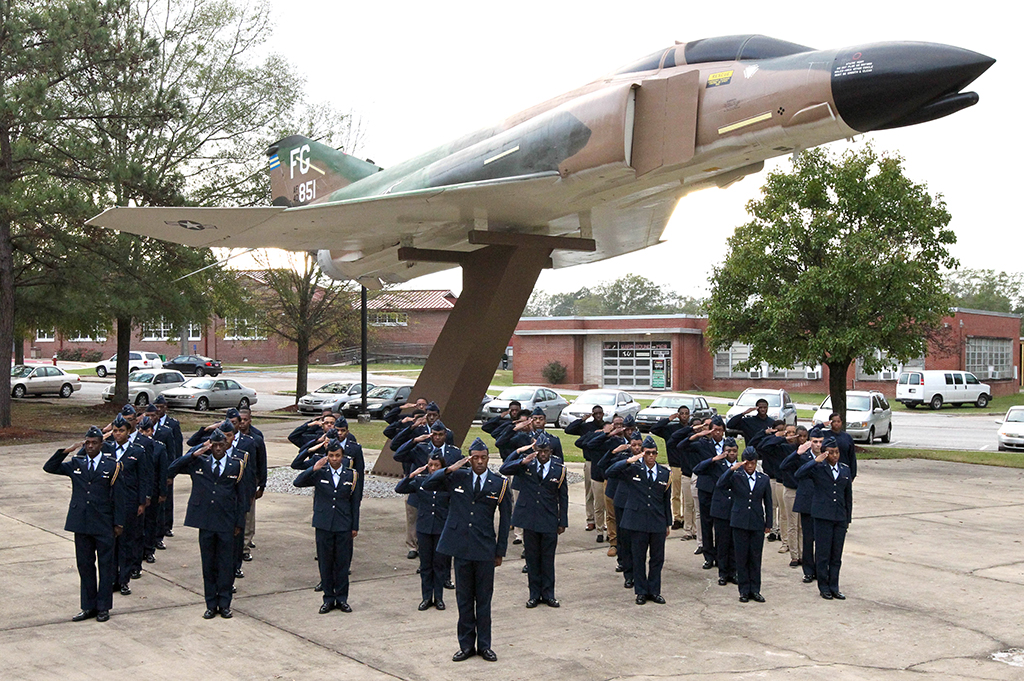 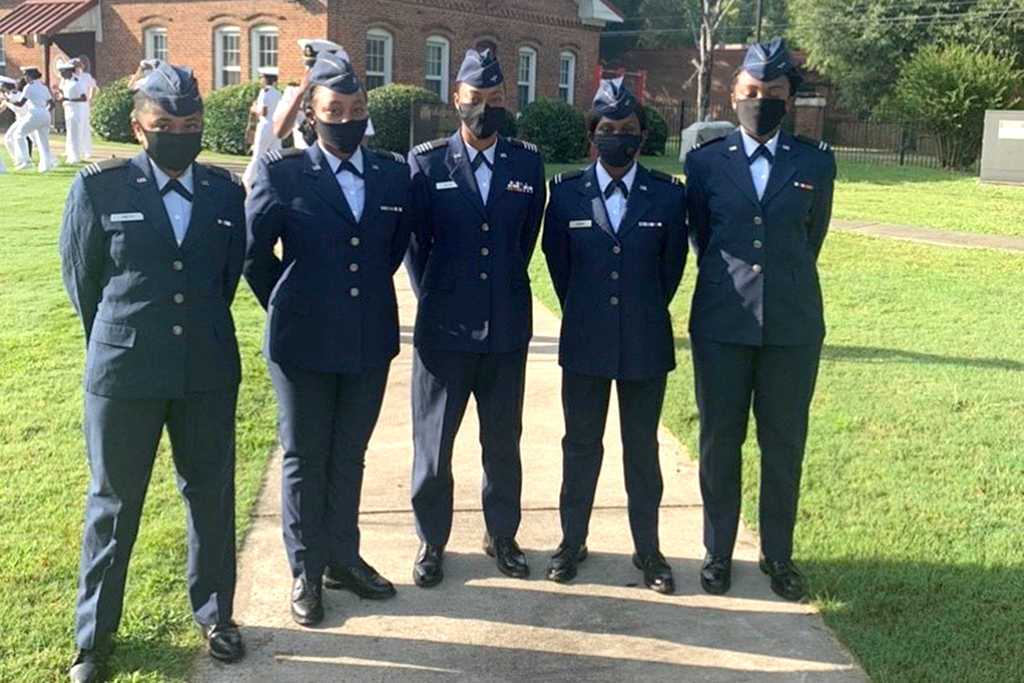 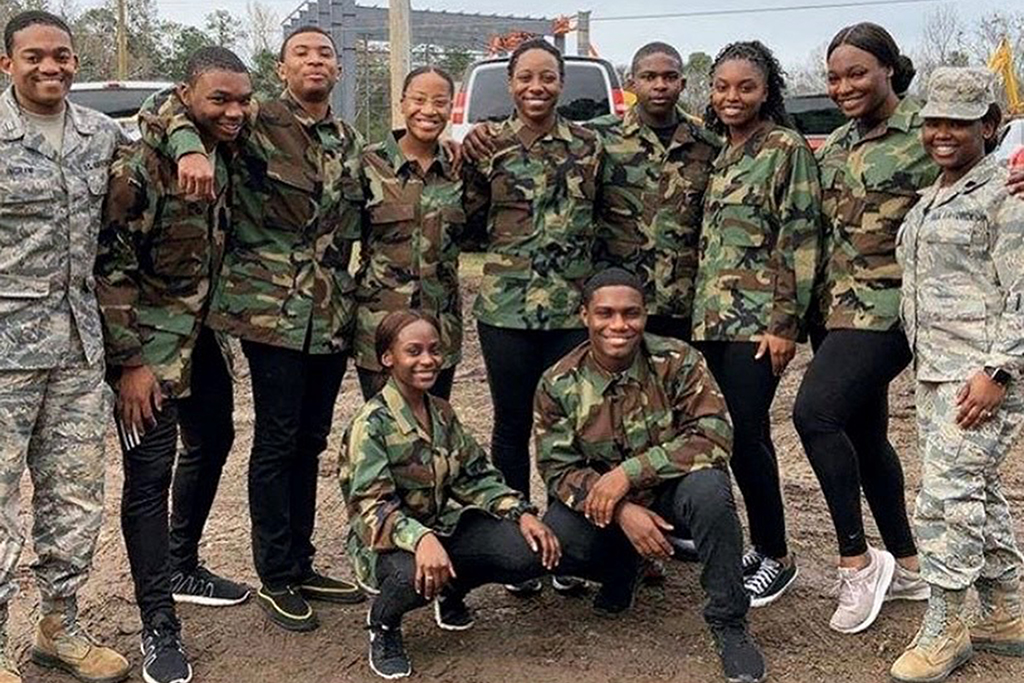 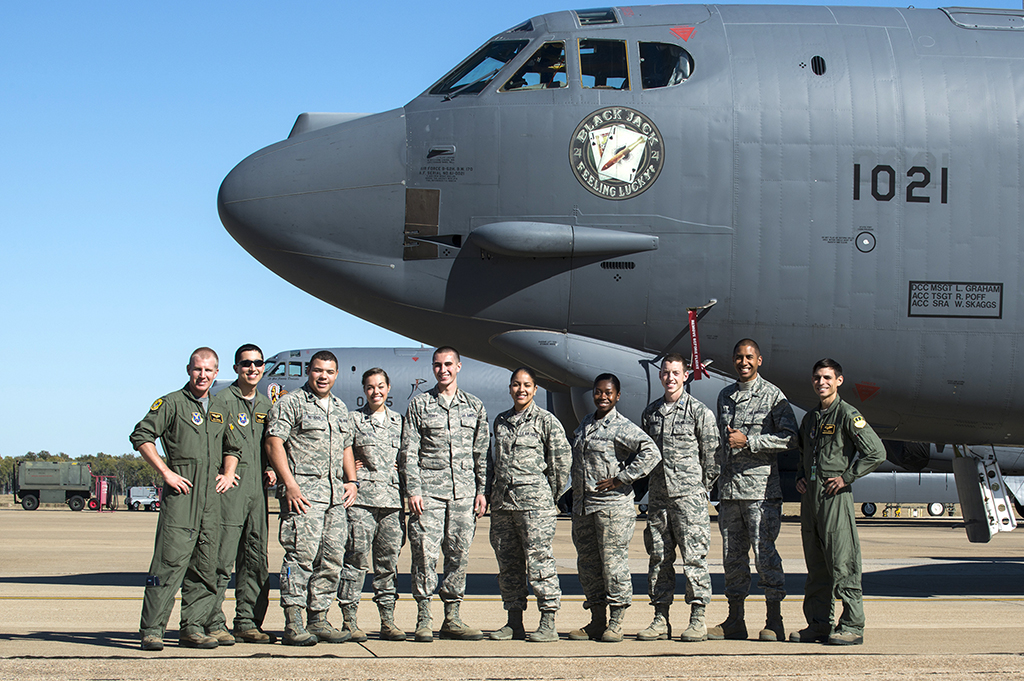 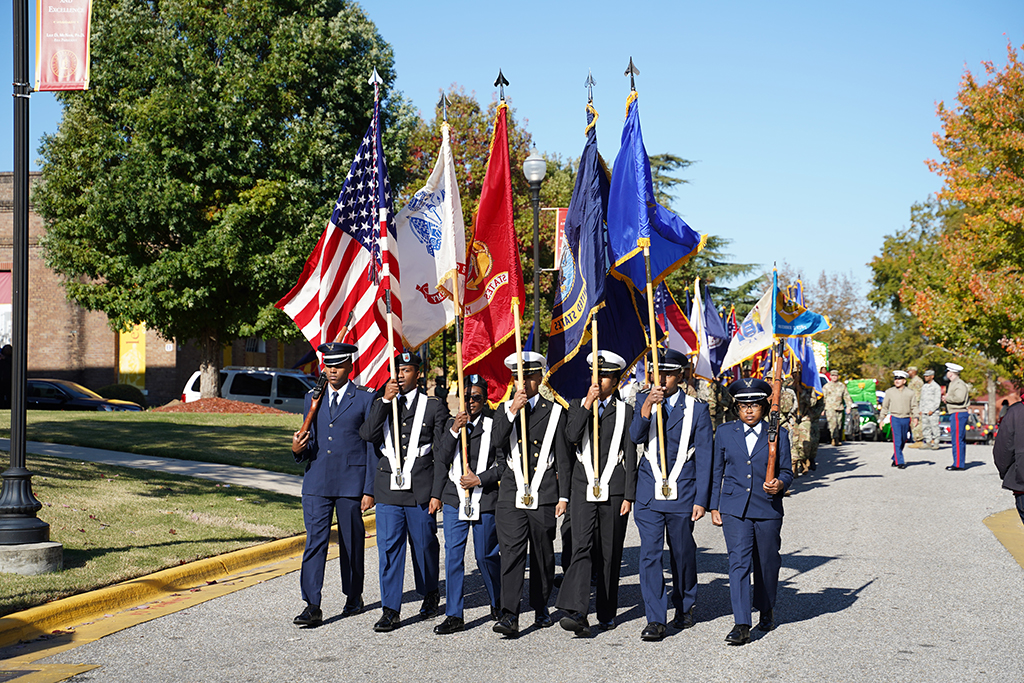 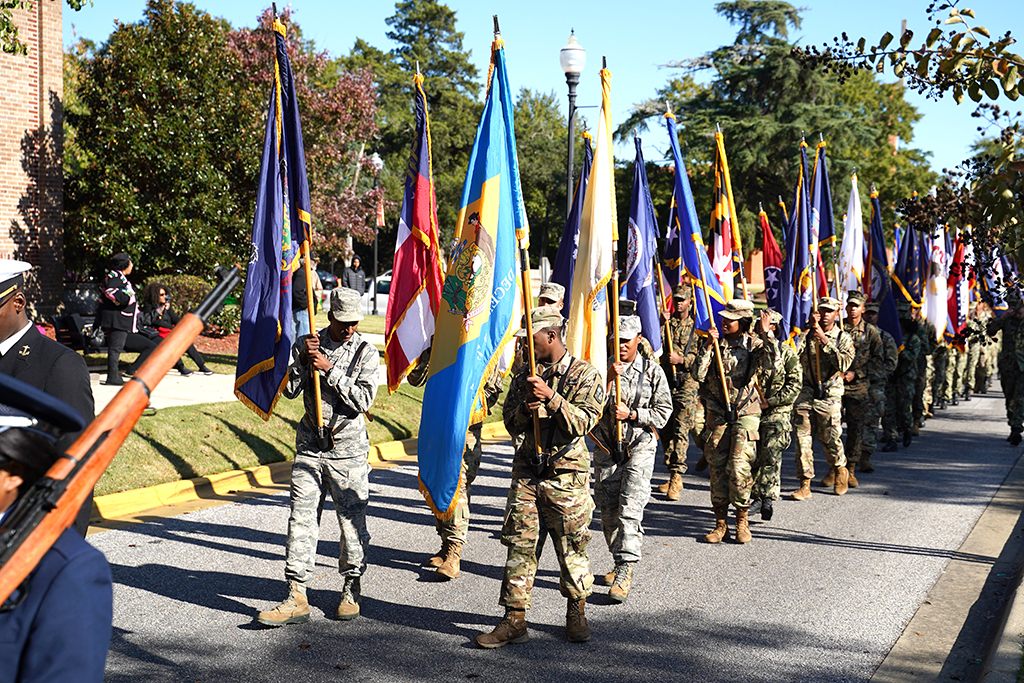 "This is my country and I believe in her, and I will serve her, and I'll contribute to her welfare whenever and however I can. If she has any ills, I'll stand by her until in God's given time through her wisdom and her consideration for the welfare of the entire nation, she will put them right."

"Home of the New Tuskegee Airmen" 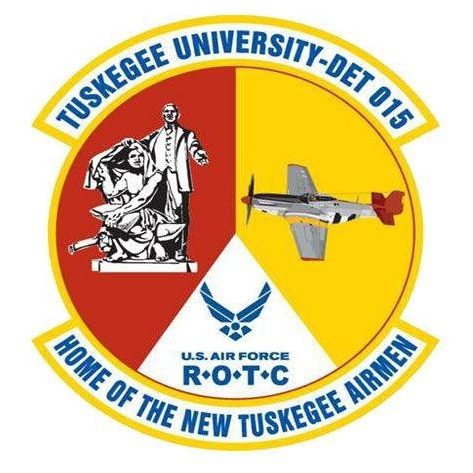 Detachment 015 upholds a legacy with extreme historical significance, the legacy of the Tuskegee Airmen! Therefore, our cadets are held to the highest standards of Integrity, Service and Excellence! Detachment 015 supports five-year degree technical programs and is open to individuals classified as second semester sophomores. Tuskegee University has numerous degree programs, technical and non-technical, in which the AFROTC program supports.

Detachment 015 cadets develop an unbreakable bond while being trained to become commissioned officers in the United States Air Force. Many cadets embark on a journey of self-discovery when enrolling into the AFROTC program. Get ready to discover capabilities and skills you never knew existed! Cross into the blue with Det-015 !!!

Leadership Laboratory (LLAB) is mandatory for all cadets. It harmonizes with the other Aerospace Studies classes and gives cadets advanced leadership experience. LLAB provides cadets the opportunity to apply leadership and management principles learned throughout the AFROTC course. 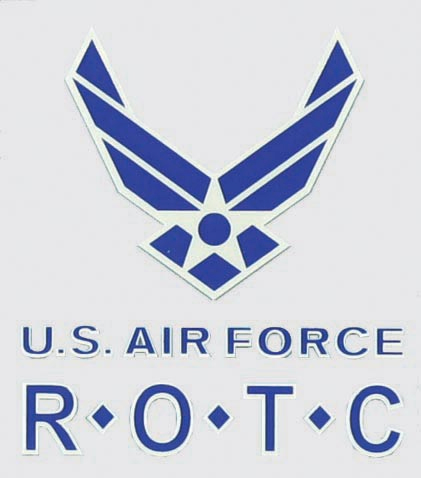 Moton Field, the selected site, was the only training site in the nation where African-Americans could train to become military pilots. The 992 African-American aviators trained at Moton Field were later organized into four squadrons designated under the 332nd Fighter Group. The Group became known as the Tuskegee Airmen. The Tuskegee Airmen distinguished themselves, during WWII, when they destroyed 409 enemy aircrafts and sunk a German destroyer. They flew more than 1,500 missions and over 15,000 sorties. Most notably, they flew over 200 bomber escort missions and lost only a small number of bomber aircraft to enemy fighters.

These brave African-American airmen earned 150 Distinguished Flying Crosses, Legions of Merit, Silver Stars, Purple Hearts, the Croix de Guerre, and The Red Star of WWII and achieved greater accomplishments. Although they did not receive the recognition they deserved in terms of promotion, many went on to live very distinguished civilian lives as doctors, lawyers, politicians, and educators. The leader of these Tuskegee Airmen, the late Benjamin O. Davis, Jr. retired in 1970 as a Lieutenant General. President William J. Clinton promoted him to four-star General on January 14, 1999.

This Air Force ROTC detachment has continued to be a major source of minority leadership as evidenced by the achievements of some of its graduates. Most notably, the late General Daniel "Chappie" James, Jr. was our Nation's first African-American four-star General.

The Air Force Reserve Officer Training Corps (ROTC) is the oldest major continuous source of officers for the United States Air Force. It is responsible for commissioning career-oriented officers through academic programs in colleges and universities across the nation. The objective of ROTC is to place on active duty lieutenants who demonstrate dedication to duty, who willingly accept responsibility, who think critically and creatively, and who have the ability to communicate with clarity and precision.

Tuskegee University's Basic ROTC program is totally voluntary. Qualified upper-class students may apply for and be accepted into the advanced course. Provisions for selected junior college graduates, transferees, and special students, are also available to enter directly into the Advanced program. Successful completion of the advanced program leads to a commission as a second lieutenant in the Active Duty Air Force. Students with prior military training should contact the Department of Aerospace Studies, at the beginning of their first year of enrollment at Tuskegee University.

Scholarships are available to selected students who are motivated toward military service and are enrolled in Air Force ROTC programs.  Each scholarship pays tuition, laboratory expenses, a book stipend, and an allowance of $350-500 per month. All scholarship students get free room and board from Tuskegee University.

How to enroll in Air Force ROTC at Tuskegee University

Air Force ROTC classes and credit information are listed in your school catalog. If you wish to enroll in the General Military Course, you can enroll in Air Force ROTC as you would any other class at Tuskegee. As a first-term freshman you enroll in AERO 0151 and AERO 151L (Leadership Laboratory). Remember, there's no commitment at this time.

Enrollment allocations (for Field Training and admission into the Professional Officer Course) are typically awarded during the spring of your sophomore year. Don't delay--start preparing early! Competition factors include cumulative grade-point average, academic history, choice of major, medical qualifications, and physical fitness test score. Also, you must pass the Department of Defense Medical Evaluation Review Board (DoDMERB) physical examination (The Air Force ROTC detachment will schedule you for the physical examination) to be eligible for competition.

Although enrolling is as simple as signing up for our Aerospace Studies (AS) class through normal registration, we highly recommend you speak with one of our cadre members.  We can answer your questions and get you pointed in the right direction.